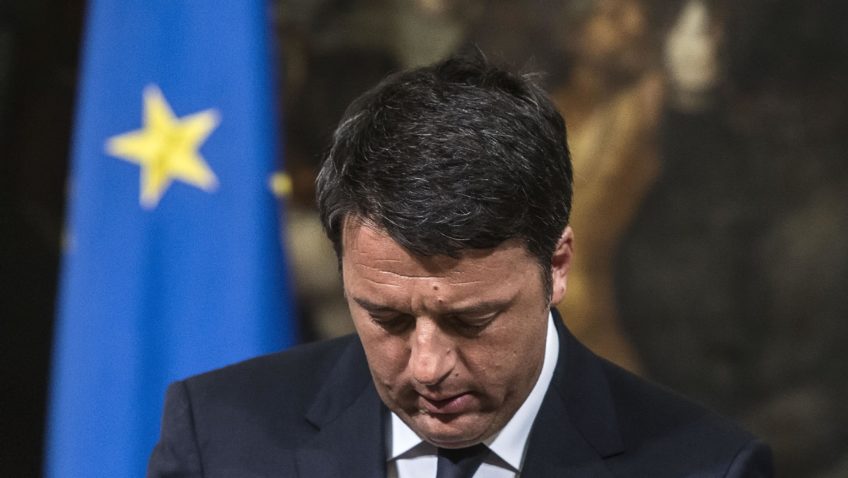 The reform of the italian political system: Matteo Renzi’s Battle of Normandy

Legitimized by an important electoral result in the last European elections and going from strength to strength as leader of Italian politics, Prime Minister Matteo Renzi is considered by various analysts as having enough force and ability to obtain a relaxation of the austerity policies implemented by Angela Merkel and European institutions. The figure of Renzi has significantly raised expectations in the European centre-left, until now quite marginalized in the political direction of the European economy. When he took office as Italian President of the European Council, Matteo Renzi did not hide his ambition. His proposal comprises granting more fiscal flexibility to those EU members which show a clear commitment to implementing radical reforms oriented towards economic growth.

In the light of Renzi’s proposal, it may sound contradictory that the main domestic interest of the Italian government is not centred on economic reforms or labour market policies but rather on the reform of the political system. However, only a superficial analysis of the Italian economic crisis, which in many ways differs from that of other European countries, could find Renzi’s strategy surprising. The reform of the political system is the necessary condition for any other proposition of Renzi’s government. The success or failure of that reform is the most important benchmark to measure Italy’s ability to repair its shaky economy and to ask for a change in European policies.

The proposed reform is twofold. Firstly, it aims to approve a new electoral law capable of building a moderate bi-party system, in the attempt to correct Italy’s historical institutional weakness and fragmentation. Secondly, its goal is to eliminate the negative Italian exception of “perfect bicameralism”, that is, two legislative chambers with the very same functions. The objective of the government is to deprive the Senate (Upper Chamber) of the power to elect the government and to limit its function to representing Regions and Cities: something similar to what happens in Spain or Germany.

The relevance of this reform is closely related to the endemic deficit of governance that characterizes the Italian political system. On the one hand, the reform seeks to provide future Italian Prime Ministers with enough institutional tools to implement their political projects without being forced to pass through a myriad of veto players, especially smaller parties. Without this condition, all the other announced reforms will be ineffective and little more than cosmetic interventions that, in the attempt to save all the interests involved, end up negatively affecting everybody. On the other hand, the resolution of the country’s long-standing political instability and the creation of the conditions for effective governance are the only answers that Italy can deliver to a disenchanted electorate and to distrustful European partners. The crisis of representation that Italy is experiencing these days can be solved only by reducing the number of political actors and by creating the conditions for better decision-making. If a political system does not dispose of adequate instruments to make decisions and transform them into effective public policies, it ends up betraying all those represented and social demands are very likely to go unheard.

Considering the revolutionary content of the proposal, resistance has been widespread and the passing of the reform is far from being assured. Firstly, there is a critical sector of the Italian Parliament that could be defined as “maximalist”. This group of legislators recognizes the need for some change in the political machinery but it is mostly driven by ideological and not very realistic political sentiments. This has been the case, for example, of the 5Star Movement and the internal minority of the Democratic Party (Renzi’s Party). In their view, if the Constitution or fundamental laws cannot be modified exactly “as we say”, it is better to stick to the existing ones. Any alternative is ruled out as unconstitutional, authoritarian, regressive, etc.

Secondly, there is the opposition of smaller and centrist political groups that do not always accept with enthusiasm the government’s proposals as regards reforming the political system since they may threaten the structure of vetoes on which Italian politics has long been based.

Finally, there is a cultural and idiosyncratic type of opposition, an almost innate tendency of a part of Italian society to mistrust decisions and decision-makers. This group includes very different sectors – from a part of the cultural left still living the myth of the permanent assembly (either there is the largest possible agreement, or nobody should decide) to representatives of various local particularisms (either my territory has a large say in the decision, or there should be no decision at all) – which have always been extremely wary of the possibility that any political force can really change the status quo. It is a fundamentally conservative attitude, which often hides behind a misunderstood anti-authoritarianism and considers any decision as a threat.

It is certainly a positive development that the Italian Prime Minister can count on a large popular support that might allow him to implement crucial reforms to modernize Italy and reactivate its economy. Nevertheless, it is necessary that European partners and Italian electors know that, without the reform of the political system, the Italian Prime Minister will still be what it has been for the last 25 years: a leader that talks a lot and promises even more, but that does not even dispose of the instruments to make sure that his/her parliamentary majority supports his/her proposals. In this sense, the institutional reforms represent for Renzi a sort of battle of Normandy, the condition without which all the other battles, both in Italy and in Europe, are not possible.